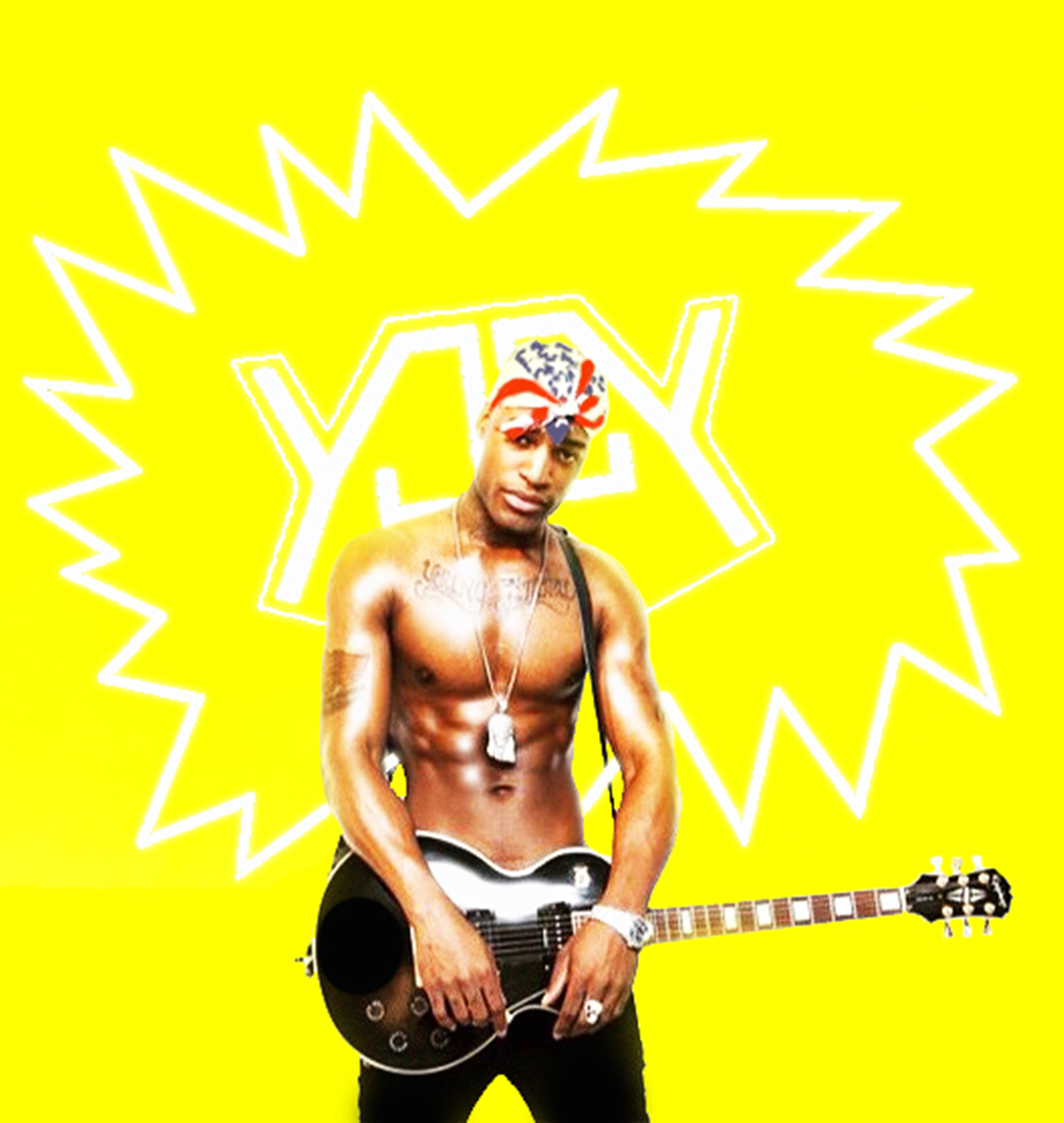 YJ, AKA Young Jimmy AKA Young Jimster, Guitarist, Rapper, Graphic Designer Brand’s his self with a custom made logo that reads “YJJY” surrounded by a hand drawn comic speech bubble. He reps his logo along with the color Yellow similar to Prince repping the symbol and the color Purple. Originally from The Bronx NYC, born in Manhattan. African American parents family migrated to NYC from South and North Carolina when his Mother was a child. He received his first guitar from a family member at the age of 6 in Brooklyn, a year later relocating to The Bronx. He attended P.S. 66 and the High School of Art and Design in the same class as Designer Laquan Smith and Rapper ASAP Ferg and received a Scholarship from Greenwich House Music School. Residing in the South Bronx and the North Bronx East Chester Gardens Projects in the late nineties and early two-thousands. After dropping out of high school he began busking on the streets of NYC and playing alongside many rock and hip-hop groups as a lead Guitarist for Jah-C and The Antidote an all black indie rock band called “Sankofa” formed in 2007 at the original House of Yes at the height of the Indie-Rock movement releasing their debut EP 'To My Chagrin' was written up in Afro-Punk.